If you’ve been enjoying e-cigarettes for a few months now, you might be looking for something a bit more substantial. While cig-a-likes are great tools to quit smoking, they simply cannot deliver the same kind of clouds as a larger, more powerful device. That’s why today we’re going to discuss how to find the best vape mod on the market.

What Are Vape Mods?

Vape mods are similar to e-cigarettes insofar as they come with the same components, but they are far more powerful. Vape mods, like cig-a-likes, have three parts: a tank, atomizer coil, and battery. However, the batteries last much longer and can reach higher power output levels, the tank is much larger, and the coils function at sub-ohm resistance levels.

Ten years ago, there were only a handful of struggling companies churning out vape equipment to the few bewildered users who bought them. Today, there are hundreds of retailing outlets both on and offline with any kind of device you can imagine. With such a wide range of choices, shopping can be overwhelming to say the least. Thankfully, E-Cig Brands has got you covered. Below we’ll discuss exactly what it means to find the best vape mod. Continue reading

How Do You Use a Vape Mod?

You use a vape mod the same way you’d use practically any other vaping equipment, by inhaling on the mouthpiece. That being said, they do differ somewhat from e-cigarettes and vaping pens because they come with a tank and an OLED screen.

To fill up the tank, you’ll have to unscrew either the top or bottom cap and fill up the tank via the appropriate slot. If your tank is a top-filling device, you’ll need to be careful to avoid the chimney. The chimney houses the atomizer, and if you drip e-liquid into the atomizer, you’ll end up with a gurgly mess. You’ll also want to be careful to keep the e-juice holes closed while filling the tank. You can open them afterward to prep the wicking material before starting to vape.

As far as the OLED screen is concerned, you’ll need to read the instructions to find out for certain. Usually, you’ll click the power button 5 times to turn the device on and then another 3 times to access the menu. You can use the up and down buttons from there to scroll through the different options.

How Do You Choose a Vape Mod?

The power output of a vape mod refers to the wattage level at which the vape mod fires. This number is determined by multiplying the voltage level of the batteries by the current or amperage. We can think of this through a simple analogy. If you take a pipe, the amount of water coursing through represents the amperage while the speed at which the water flows is the voltage. By multiplying these two amounts together, you’ll come up with the power or the wattage.

Most vapers vape at anywhere between 30W and 70W. 80% of the time you’re not really going to want to go any higher or lower simply because the vape mod just won’t provide any vapor or, on the other hand, the vapor will be so hot it will burn your throat. That being said, there are vape mods that can vape at over 100W. You can, to a certain degree, mitigate the heat by using high-VG e-liquid, which is considerably thicker and smoother than a standard 50/50 blend.

SMOK and some of the other Chinese vaping manufacturers claim that their devices can reach over 200W, but the truth is that even if the battery can reach 200W, the vape mod won’t legitimately support that much power especially at sub-ohm resistance levels. So, this is really more of a marketing ploy. When you’re considering power output, you’ll want to find a mod that can reach at least up to 70W-80W. The very best vape mods will go up to about 150W, but 80W is really more than enough for the vast majority of us. However, if it’s a small travel vape mod, you may only need it to reach 40-50W.

Moreover, a battery’s capacity is indirectly related to its current levels. You cannot have both a powerful battery and a long-lasting battery. That is to say that a battery with 3000mAh might only have a discharge rate of 15A, and it probably won’t be able to surpass 60W. On the other hand, a battery with 2000mAh might be able to support 120W even though it won’t last all that long.

Just to give you a frame of reference, most e-cigs have a battery capacity of about 250-300mAh. If you upgrade to a vape pen, you’ll probably find anything from 600mAh-1200mAh. When you start using vape mods, you’ll either have multiple 18650 high-drain batteries or an internal battery. Either way, you can expect battery life to range between 2000 and 4500mAh.

The amount of time this will last you will of course depend on the resistance of your atomizer as well as how frequently you use the device. The best vape mods should have no trouble lasting through the day, but the battery life will also deteriorate over time.

What Kind of Tank Should I Use with My Vape Mod?

The tank stores the e-liquid and houses the atomizer coil. Now not every vape mod includes a tank, and, indeed, many of the best vape mods come with just the battery. That being said, the tank is an essential component of your mod, so whether it comes in the starter kit or you purchase it separately, you’re going to want to pay as much attention to the tank as you do to the battery.

What Are the Best Vape Mods in Australia?

In Australia, the best vape mods, the coolest vape mods, are those that are out of the box. Australians are most likely to purchase devices that they’ve never seen before anywhere else. The gadgets, the gizmos, the doodads–that’s right, you’ll find them all here in Australia.

Not everyone here in Australia is willing to pay top dollar for a vaping device, but that doesn’t mean they want something that everyone else has too. Think colored LED displays that flash in rainbow patterns and are perfect for raves and night events. Think touch screen displays that bring vaping into the 21st century. Oh, and think mod batteries encased in metallic, shattered gel, neon tie dye, and nearly every other color you can imagine. If it’s cool, you can bet that they have it here in the Down Under.

How Do I Find The Best Vape Mods in Australia?

There are plenty of vaping companies based right here in Australia if you don’t feel like moving very far. Whether you prefer to order online or head on down to your brick-and-mortar shop, you shouldn’t have to travel across the world to find vaping equipment.

In fact, one of our favorite vaping companies is Australian. Vape Australia produces merchandise in the U.K. but is based in this country. They offer express shipping to anywhere in the country that won’t cost an arm and a leg.

Unfortunately, if you decide to purchase vaping merchandise from elsewhere, you will have to account rather high shipping rates, which is just the price you have to pay for living very far from everywhere else in the world. You’ll also have to be careful of the vaping rules in your area. Australia has very strict rules regarding electronic cigarettes, and each province has its own additional rules. You may be able to order equipment from anywhere in the world, but the border police either on the national or regional level have a right to confiscate it if it doesn’t comply with regulations. It’s your responsibility to know these rules ahead of time.

What Price Should I Pay for the Best Vape Mods?

There is a wide range of prices for vape mods, and the best mods may not necessarily be the most expensive. You can find beginner’s box mods for as low as $30-40. If you’re looking for heavy-duty, high-quality mods made with DNA chips and every gadget and gizmo you can imagine, you can spend over $100 and even over $200.

In general, you can expect the average price for good vape mods to hover around $60-$90, but there are certainly exceptions. You will, of course, have to pay more for a mod made in America than you would for a Chinese one, but for the most part the Asian produced vaping products are trustworthy. You’ll want to stick to well-known brands though because Chinese vaping companies don’t always stick to the same quality standards.

What Is Your Best Vape Mod?

Now that you know what you’re looking for, it’s up to you to find what you believe is the best vape mod! 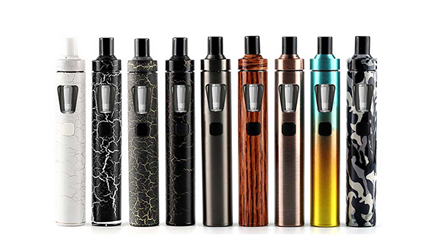 If you’re not a high tech or advanced vaper don’t wreck your mind looking for the perfect kit. If the big mods and complicated tanks aren’t an option, the Joyetech eGo AIO Starter Kit is a worthy choice. Simulating the draw of a cigarette is the focal point of this device due to its bottom feeding atomizer heads that promote a mouth to lung vaping style. The coil options for this vape starter kit hit above the mark with a fine-tuned design meant to promote flavor and powerful draw. Choose from high or low resistance cubis coils and discover the benefits unique to each coil. A plethora of color options make this kit a stunning addition to even the most advanced vapers’ collection.

The battery life on this smaller vape pen is impressive for its small size. This vape pen delivers 1500mAh of battery capacity that trumps some box mods in distance between charge cycles. This device is the ideal every day carry for those who don’t want to fuss or have to make way for a bulky mod in their purse or pocket. Efficiency and user friendliness take precedence with this starter kit as changing coils, filling juice and adjusting the airflow is all done through an amazingly high quality top cap. The Joyetech eGO AIO is a worthy investment for all.

The Phantom HD3 by Epuffer is a solid, sleek, and classy looking vaporizer that was designed with heavy smokers in mind. With each puff, you get a large volume of vapor, and Epuffer offers a small but tasty variety of e-liquids. Epuffer is consistently one of the top vaping supply brands, and their products are quality and prices are still reasonable.

As always there’s a 30 day money back guarantee. Epuffer also offers free shipping to the US with orders over $50, so add in a bottle of eliquid or two and take advantage of that! As an added benefit, Epuffer is offering, for a limited time, a free bottle of e-liquid (limited flavors) for free with purchase so hurry up and click the link to get it before it’s gone.